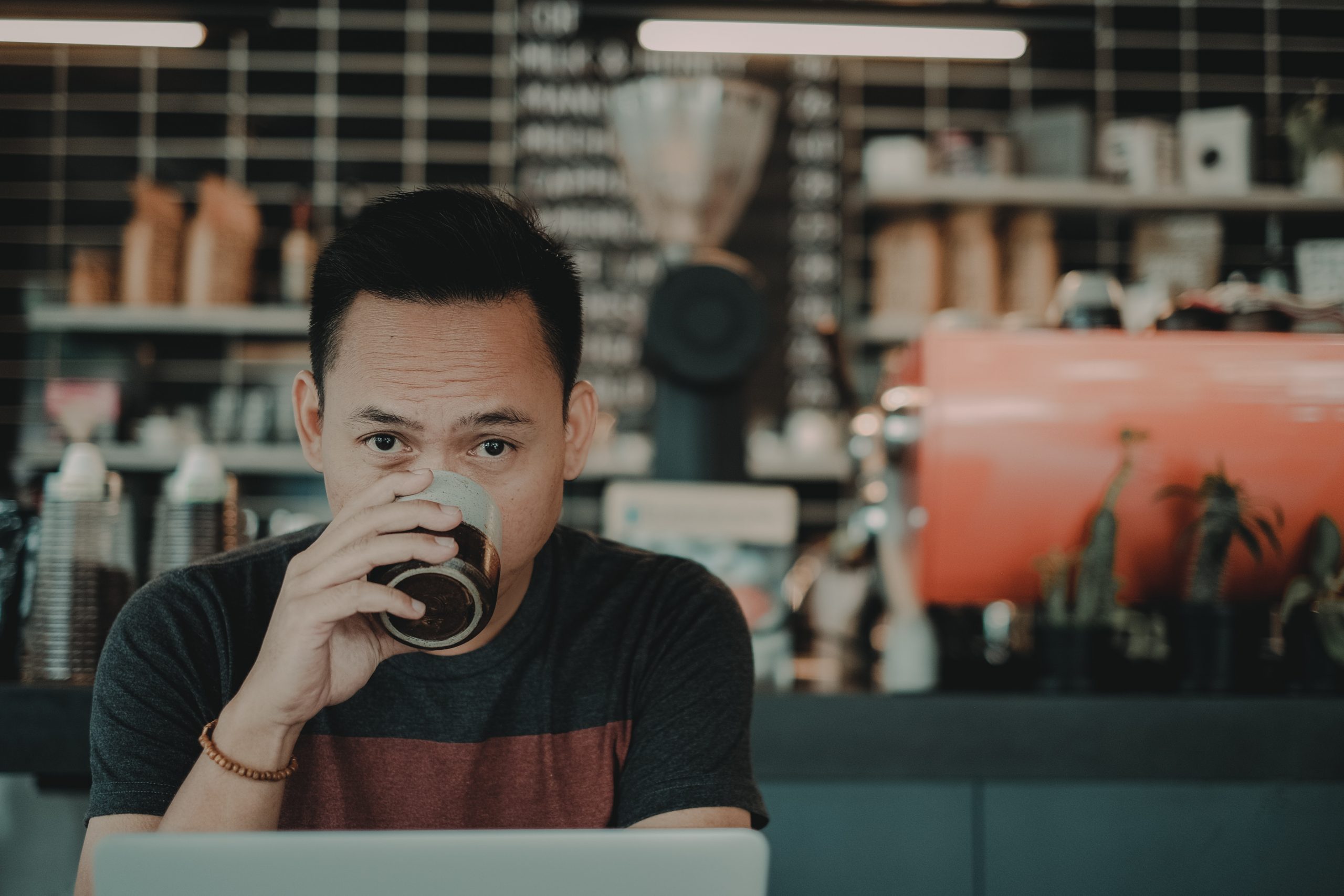 Companies today face a dilemma: They’re struggling to find talent. With new positions being open an average of 36 days, finding the right person for the job isn’t always easy. Therefore, more and more employers are turning to an alternative solution — freelancers. In fact, over 50% of employers cite a shortage of talent as the driving force behind a more flexible workforce model, according to Upwork’s Future Workforce report.
And this trend shows no signs of slowing down. Within 10 years, freelance workers are estimated to represent more than 50% of the U.S. workforce.
But what are the implications of this for companies and company cultures?
Before we dive into that, let’s get the basics straight. 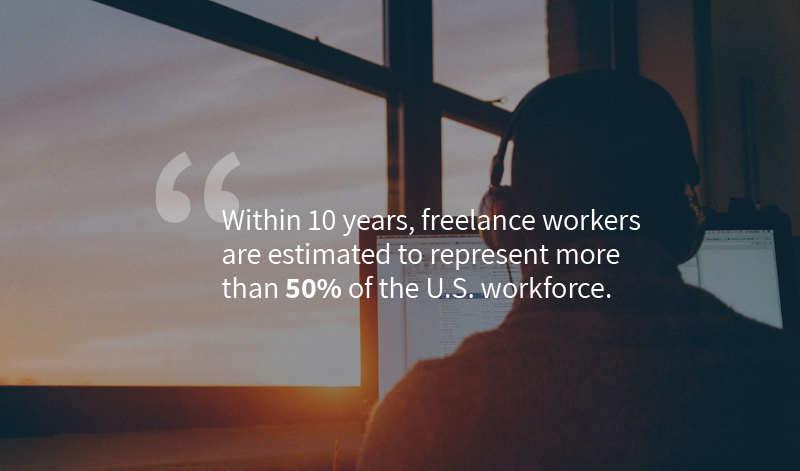 What is the gig economy?

You’ve heard it before: the gig economy is booming. As more and more people are considering freelancing over traditional employment, workers and employers alike are increasingly seeing the benefits. But what is it, exactly?
The gig economy relies on freelance workers. The concept has moved from the margins to the mainstream, largely thanks to digitization and globalization. Technology is now increasingly allowing companies to find and work with resources in a flexible — and often affordable — way.
On the worker side, this allows the freelancers new ways to build and manage their careers. Ultimately, it’s a movement empowering independent workers to lead the lives they want.
So how did this all come about?

15 September 2008. After tough last-ditch negotiations Lehman Brothers declares bankruptcy. As a result, financial markets reeled: the Dow nosedived 504 points and oil prices tanked.
The financial crisis left markets struggling. But it also gave rise to a new breed: the gig worker.  Research indicates that technological advancement and the new digital economy increased demand for flexible hours was partly what drove the coming boom.
With increased digitization, freelancers could now work in the cloud and employer-access became instant. The new digital era opened doors that enabled companies to use a flexible approach to talent management. And unsurprisingly, digital skills are the most sought-after skills in the freelance marketplace. Since talent shortage is a major driver, scarcity opens the global market. 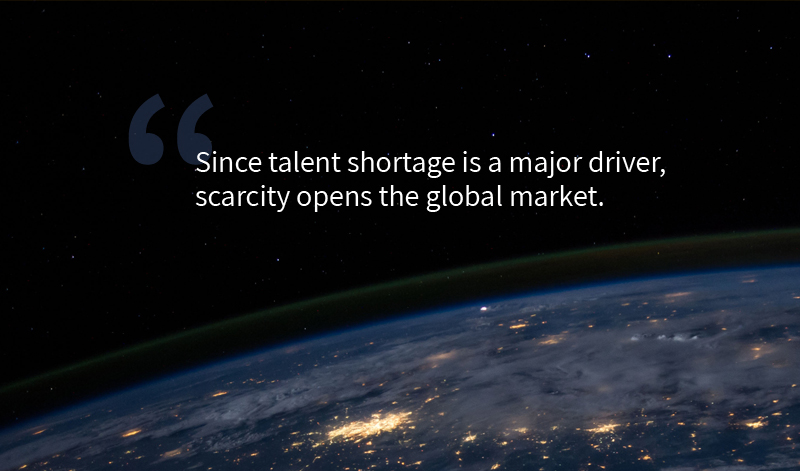 But it’s not only globalization and the digital economy that’s driving freelancing. There’s another important factor in play: job satisfaction. Freelancers have reported a higher level of job satisfaction, and think highly of their personal productivity. In fact, a study from Stanford showed that working from home actually increased productivity — a whopping 13% higher output.
And often, employers are equally happy. Freelancers help corporations scale their workforce based on need. In periods of peak demand they can easily increase the workforce, and consequently they can revert to a leaner team once workload normalizes.
With that definition out of the way: what’s the status today?

3 reasons why the gig economy matters

1. The world is going digital

The future is digital. The demand for IT and programming skills is big, and will continue to grow. In the U.S. there will be an estimated 1.4 million open computing jobs by 2020, (but only about 400,000 computer-science graduates to fill those positions). Furthermore, McKinsey predicts that the need for IT and programming skills can grow as much as 90% between 2016 and 2030. Digital skills are a key aspect of the gig economy. As the demand continues to grow, the freelancer base is likely to expand far beyond what it is today.

2. Freelancing is taking over

The size of the global gig economy was estimated at $3.7 trillion in 2017. Today, freelancers are reported to make up around 35% of the U.S. workforce. And it’s going increasingly digital.
On the employer side, this can be seen. Upwork’s previously mentioned annual study questioned hiring managers from various industries. Today, 90% of them are more open to working with freelancers, as opposed to temporary hires in a staffing firm.
Additionally, research from EY has shown that 18% of the workforce at mid-market companies (with turnover of $100m to $5b) was flexible. At large companies (turnover above $5b), those numbers are 16% and 19%, respectively.

Furthermore, more companies are embracing the concept of remote work. Compared to last year, 3× as many hiring managers surveyed by Upwork agree that offices will serve as temporary anchor points as opposed to daily travel destinations.
This is not only trendy startups adopting this trend. Giants like Dell have announced that it wants 50% of its workforce to be remote by 2020.
So in short, things are going digital and things are going remote. In the future, the office might not be the common space we all think of today. It could be a Slack channel. Or it could be a coffee shop in Saigon. 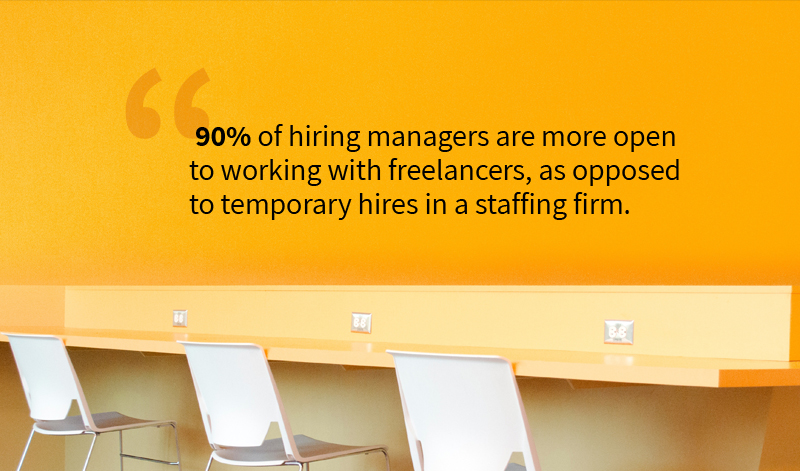 The freelancer momentum is strong, and the gig economy is poised for growth. But in what direction? Here are some predictions on what’s next for all the gigsters and employers out there.

Enterprise and Fortune 500-firms are strongly starting to utilize the freelancer revolution. Until now, many seem to have been wary of doing so — instead opting for traditional employment models. But even the giants can no longer close their eyes to the benefits of freelancers.
A workforce that’s comprised of free agents can be highly adaptable. According to Upwork, more than than 30 percent of Fortune 500 companies are actually using its site. As these behemoths turn their eyes to freelancers, it creates additional opportunities for all the gig workers out there.

Furthermore, more companies are going fully remote. While this trend is nascent, it’s likely something we’ll be seeing more of in the future.
According to FlexJobs, an online platform specializing in remote and flexible employment, there are approximately 170 virtual companies operating in the United States. That’s up from 26 in 2014. A whopping 553% increase. Among the largest are Automattic (makers of WordPress), AnswerConnect, InVision, and Toptal. 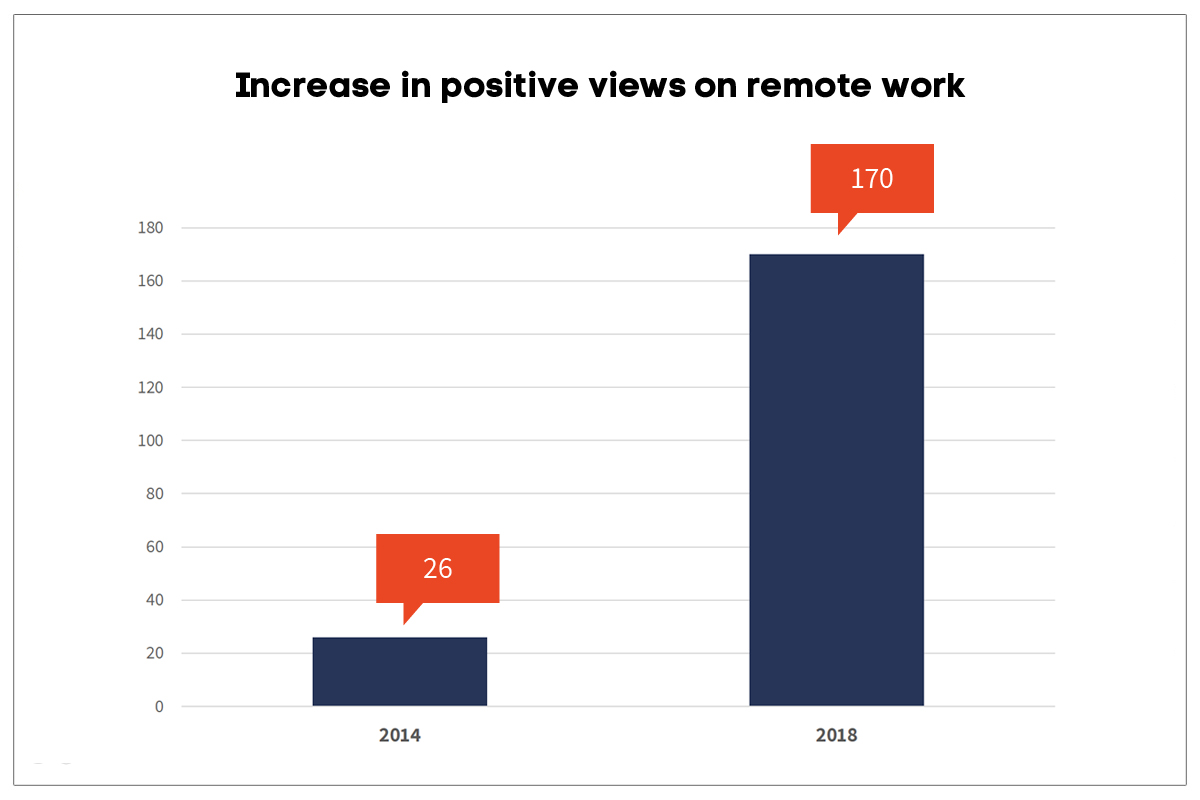 Millenials are changing the way the gig industry is moving. The generation is increasingly getting a larger share of their income from alternative sources and are thus looking for work.
Since gig workers are always looking for their next paycheck, networks are likely to play an increasingly important role. Platforms like Pangara help empower freelancers and seamlessly connect them with work on their own terms. With more freelancer clusters and curated networks, matching workers with jobs will be easier than ever.

For corporates, freelancers and full-time staff, the biggest shift will be felt in working culture. As the freelancer economy expands, companies need to learn how to keep up with the trend or get left behind.
On the other end, employers also need to learn how to keep remote staff engaged and still embrace the flexibility of freelancers. The movement is here — and it’s here to stay. But the future will tell how connections are facilitated, jobs performed, and are workers contracted.
Looking for freelance talent? Start here.