The 5 levels of leadership in tech

Leadership guru John Maxwell has become famous for his theory of leadership—and has helped multitudes of aspiring leaders to up their game and build stronger, more productive teams.
One of his core ideas is “the 5 levels of leadership”, which is both a description and a plan of action for how a person can transition from being mere manager to a truly great leader.
This idea has generated numerous articles and lots of discussion in recent years. Part of its power is that it is an excellent roadmap to leadership success that can be applied to almost any endeavor or industry.
In this article, we’ll introduce you to the 5 levels of leadership laid out by Maxwell. But rather than just rehash a well-known theory, we’d also like to show you how it can be applied in the context that means the most to us here at Pangara (and, we’d suspect, to our readers): the world of tech. 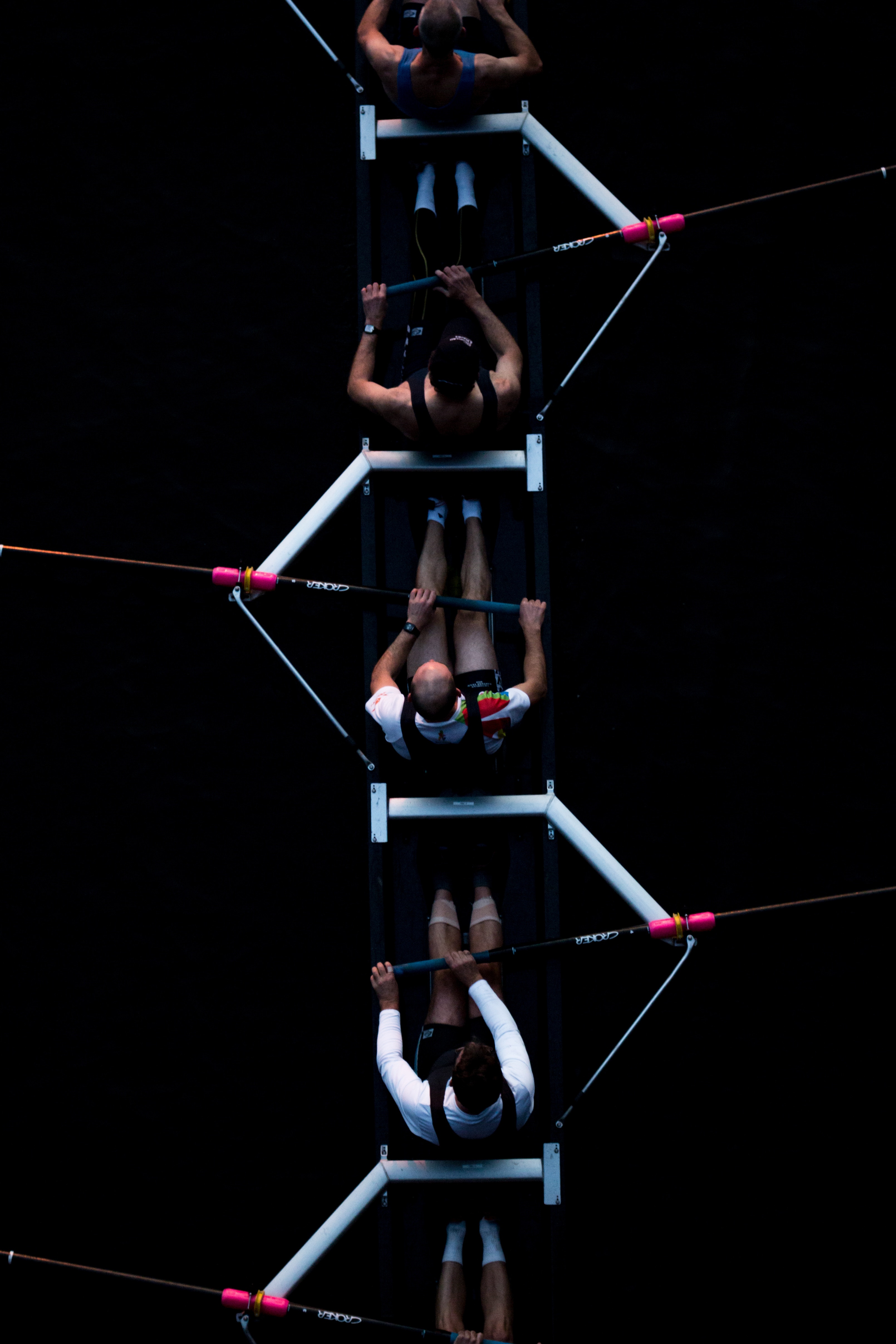 What it is: Maxwell defines the “position” level of leadership as the starting point of any leadership journey. When you have a leadership position, you have a job title and other people have to do what you say…but that, obviously, doesn’t make you a leader. It just means that you occupy a leadership position on the org chart.
At this level, the people under you do what they do because they have to, not because they want to. Which means that they will typically do the bare minimum to fulfill their job requirements, but won’t be truly engaged or motivated. You’ll get competence and compliance from your team, but not much more.
In tech: Most first jobs in tech leadership are senior developer or team leader roles. You’ll have the right to run projects or product rollouts as you see fit, and to direct development, testing, and code refactoring.
But your teams won’t necessarily be motivated to do their best work, or go above and beyond what’s expected of them. Code won’t be buggy, but it may not be elegant either. UX may be acceptable, but it might fall short from time to time because your team hasn’t fully bought in to what you’re trying to accomplish for the customer.
How to level up: The difference between level 1 and level 2 is all about relationships, as we’ll see. Work on your active listening skills so that you’re able to really see where your team members are coming from (and what they need). Develop clear but tactful communication skills so that your relationships aren’t plagued by misunderstandings or hurt feelings.
And above all, work on developing real connections to the people you work with in simple, human ways—because this is the foundation of real leadership.

What it is: At the level of permission, people are motivated to follow you not just because they have to, but because they actually want to. In other words, you have a connection and a relationship with the people you work with, and, most of all, your team actually likes you!
You can deepen these relationships by listening to your team, learning what they need, and approaching your role as a leader with the mindset of a servant. In other words, ask yourself how you can help your team to do their jobs better and more productively, instead of focusing on how they can get you the results you need. Do this, and the results will follow.
In tech: At the permission level in the world of tech, getting teams to pull code marathons and debug or rework problematic software becomes exponentially easier, because they’re motivated internally instead of externally.
In other words, they actually want to do great work because they like and respect you, and because they feel the sort of esprit de corps that comes from having a leader who is more than just an authority figure.
How to level up: At the permission level, your team will follow you because they want to. But are you really showing them where to go? The next level has to do with excellence and getting results for the company. And the first step toward that level is to embody that yourself: to give your team a model of excellence and productivity to emulate.
So as you deepen your relationships with your team, don’t forget to work on yourself as well, upping your own game and finding ways to add value to the company in everything you do. Show your team what real productivity looks like, by being it yourself, and they will soon follow.

What it is: The third level of leadership is what Maxwell calls “Production”. And this level is all about results. Here is where you begin really driving sales, innovation, and customer relationships. As a Level 2 leader, you could influence people because of your relationship with them.
But now, at Level 3, you’re actually directing that energy and goodwill towards delivering massive value for your company. You’re also beginning to draw similar people to your team, because you’re creating an atmosphere of excellence that attracts great people.
In tech: You may still be in a senior dev or team lead role here, but chances are you will have moved up the ladder to Lead Architect, Engineering Manager, or even R&D Manager. At this stage, your teams are starting to make a visible difference in the direction of the company, and although you are careful to share the credit, it’s clear that much of that is coming from your leadership.
Work is done efficiently and quickly, and to an extremely high standard. But you’ll start to see a qualitative difference in product development and UX, as your teams follow your lead and deliver genuine innovation and a passion for customer experience.
How to level up: The next level is about people development—creating great teams and other great leaders. To get to this level you should work on your ability to identify top talent (which will benefit you as you hire anyway). Try to think analytically about your best performers: what do they have in common? Are their any common predictors of success or failure?
Also pay attention to identifying your team members’ strengths and weaknesses: what sorts of people do best in which roles? Where do they struggle, and why? And finally, deepen and broaden your own skills.
Take on the role of student in some area of your life (it doesn’t even have to be work related) and start to think about what great teachers have in common. What do they do that you don’t? How could you improve your own training and communication by emulating them?

What it is: At Level 4 you begin to actually make your team better than they are, instead of just getting them to perform at their peak, which is why Maxwell calls this level “People Development”. If you’ve done your job well, you’ll be starting with strong people anyway, so a lot of the hardest work is already out of the way.
The core task here is figuring out where people will do best, and putting them in the places where they’re most likely to succeed. You’ll also need to give them the tools to succeed, by mentoring and coaching them directly, but also by giving them the responsibility of teaching and training others.
Having your best people train others has two effects. First, it really solidifies whatever training you have given them, because teaching something forces you to master it. And second, it makes your entire team, top to bottom, stronger.
In tech: At this stage you’ll be creating team leads, senior devs, and trainers—or even department heads and managers. You may even have moved on to a CTO role. You’ll have to figure out who belongs in customer-facing roles and who is much better off heading a research team; and you’ll have to shore up any weaknesses as you elevate people to new positions.
Since tech is notorious for attracting somewhat introverted, go-it-alone types, you’ll also have to really work on teaching your leaders how to teach others and how to communicate: but if you’ve mastered level 3, leading through exemplified excellence, then this is very achievable.
How to level up: Maxwell’s advice, at this stage, is to become a people development guru: do this successfully, again and again, for years, and you will reach Level 5.

What it is: Level 5 is the “Pinnacle” level of leadership. The top of the top. At this stage, you’ve gained (and earned) the respect of your company and your industry by driving excellence and creating brilliant new leaders consistently and repeatedly. People will follow you almost anywhere, not because of your title, or because they like you, but because of who you are. You have their trust.
In Tech: At this stage, you’re one of the elite of the elite, a Steve Jobs or Linus Torvalds figure. Your company’s leadership and board will back your ideas and trust your judgement, even if these ideas are somewhat controversial.
Building a legacy: Once you’ve reached the Pinnacle level of leadership, in a sense there’s nowhere else to go: the top is the top, after all. But in another sense, this is where the leader’s journey really begins, because now she or he is free: free to create, innovate, and change the world for the better. And after all, isn’t that the kind of leader we all dream of becoming?
We hope you’ve enjoyed our take on the 5 Levels of Leadership for the world of tech. Whether you’re a new manager trying to figure out how to escape Level 1, or a new CTO knocking on the door of Level 4, we hope you’ll take something valuable away from this and lead your teams, and your companies, to great things.

Jamie is responsible for the day-to-day operations of Pangara and is the face of the company in Vietnam. Jamie's experience stretches across APAC having led teams in Australia, NZ, HK, Singapore, Vietnam & Philippines. He has always had a passion for writing and is now beginning to explore this passion in a more technical, development-related context with Pangara.