To connect companies with talent, and independent workers with opportunity.

That is Pangara’s fundamental purpose for existing, and mission as a company. But why does it matter?

To answer that question, we first need to set the scene. In the recent decade, the way we think about work has changed in a lot of ways. One major shift is the concept of the gig-economy that has seen a meteoric rise. Temp staffing has been a big industry for a long time, but empowered and independent specialists that make a living selling their time and in-demand skills on a temporary basis at the scale we see today is unprecedented. It has become a movement.

The convergence of these factors gave rise to the digital gig worker. An empowered, independent highly skilled worker. There was an increased need for flexibility, and there were more people looking for digital work. In March 2009, less than a year after the collapse of Lehman Brothers, Uber first saw the light of day. And suddenly the personal transport industry was disrupted. Globally.

And as a symbol for the gig economy, there is perhaps no better candidate than Uber. An app that seamlessly connects riders with drivers, changing an industry that was untouched for decades.

While the analogy of being “the Uber of X” has been beaten to death, there’s something to it. In the same way the taxi industry was in need of disruption, we see that the recruitment industry is in need of change. The true potential of the gig economy has yet to be realized.

For starters, there’s an obvious talent gap. As a case study, we can look at Sweden. The country anticipates a lack of 70,000 programmers by 2022. And if you zoom out and look to the EU as a whole, that number grows to a staggering one million. However, that’s not the case everywhere.

A Microsoft-commissioned study estimates that the global software developer population has doubled since 2010 by about 700,000 developers. And the lion’s share of that growth has taken place in Asia Pacific. For example, 46% more software developers focused on mobile in Asia Pacific than in Europe, the Middle East, and Africa. So there’s a clear disconnect: the demand is there, but the talent is distributed. However, in 2019 this isn’t much of an issue anymore.

As a talent-filled example, Vietnam has an internet penetration of around 66.3%. While this doesn’t sound like much, the country has the 13th highest number of internet users in the world. Adding to that, it has a 4G penetration of 71.26%. So all in all, we’re talking of about 64,000,000 connected people — many of which are open to competing on the global marketplace.

That brings us to the other side of this coin: the workers. If you are coming from an emerging economy, looking to stake your claim on the global market — you need to stand out. With thousands of others just like you, that’s not easy. Here’s where Pangara comes in.

Our goal is to empower independent workers. We want to bring the most talented people out in the spotlight and connect them to the best, most interesting clients out there. By using a unique vetting procedure, we identify the top tech talent and elevate them on the global market. Supply and demand, interacting seamlessly on the global scene.

By doing this, we’re not only facilitating business: Our ambition is also to have a strong social impact.  We want to empower freelancers to lead the lives they want; to work on their own terms, and create the lifestyles that they desire. 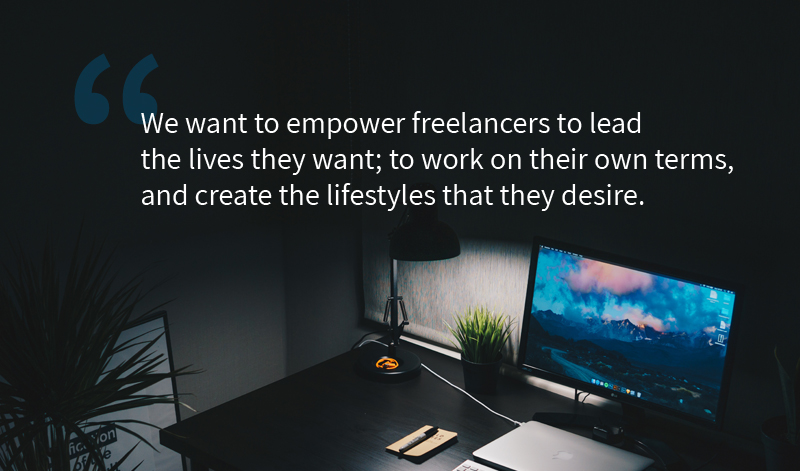 In summary, our mission is twofold: To provide clients with the best talent out there — no matter where it is. And secondly, to empower independent workers on the global market. I firmly believe we are only witnessing the beginning of the gig economy.

Now is the time to not only ride this wave, but take it to the next level. The talent gap is real. And while the solution is out there, the global talent pool is deep — but hard to sift through.

Clients deserve more, and so do talent. By streamlining the process of connecting employers with talent, we aim to create a marketplace where we truly create better business outcomes — and ultimately better lives — for client and talent alike.

Oscar is the CEO of Pangara, and an expert in talent market places. With an extensive background in business development and talent markets, he most recently has spearheaded building a niche market place that recently passed 1,4 million members, 200,000 hiring managers, 500,000 job opportunities annually.

3 reasons why Vietnam is a talent goldmine