With over 80% of mobile OS market share worldwide, Android development is far and away the dominant force in building apps. And with Android developer salaries frequently exceeding 100K per year, it’s an attractive career path for many young developers.
But the world of technology changes at the speed of light, and today’s hot new tech seems to become obsolete in the blink of an eye. So smart programmers commit to a lifetime of learning—to stay relevant and, ideally, keep ahead of the curve. They’re always looking at trends in software development as well as in the overall market (in other words, how people are actually using the software). And they’re taking action now—so that, when things inevitably change in a few years, they’re ready.
With all that in mind, in this article we’re going to preview some of the top trends in Android development. Some of these may already be in use now, while others are a bit farther out on the horizon. But all of them are promising avenues of study for Android developers with one eye on the future.

Until very recently, Java was the only official language of Android app development. But that all changed when Google announced that the Kotlin programming language would be the second official language of Android. Now fully supported in Android Studio, the Google IDE for Android development, Kotlin is surging in popularity.
And since the language was designed with the needs of app developers in mind, many people find it safer, easier to work with, and simpler to read than Java—with some going as far as to declare Kotlin the future of Android development. With all those advantages and so much enthusiasm for Kotlin out there in the dev community, it’s well worth getting your feet wet with a quick intro, or even taking a full course. 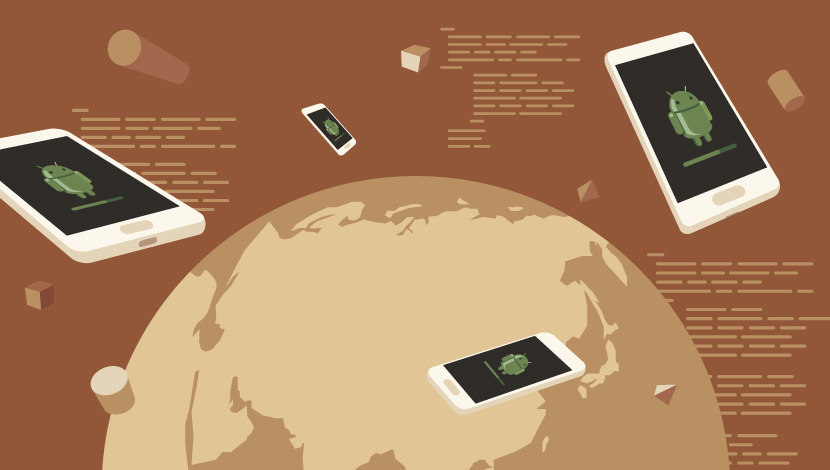 A major trend in all software development in recent years has been accessibility: building websites, software, and technology that can be used by everyone. For years, people with mobility, dexterity, vision or hearing issues struggled with tech that simply wasn’t built with their needs in mind.
Thankfully, this is changing, and a major force in making the world of mobile apps more inclusive is Android’s Accessibility Framework. Knowing how to leverage its powerful tools to make your apps accessible should be considered a core skill for any forward-looking Android dev who wants to make sure her or his apps are accessible to (and downloaded by!) the widest possible range of users.

Even the best apps struggle with APK size. This has been a paradox of app development for a long time. You have to build apps that are feature-rich and can be used by all sorts of users and on all sorts of devices. But the end result of trying to build something for everyone is that the initial installation will inevitably contain large amounts of information and resources—which increase the overall download size and memory usage—that your end user will never even need. This means lower installation rates and, what’s worse, more users uninstalling your apps after a few months to make space for new ones.
Android’s App Bundle is the new app publishing format which purports to solve this problem once and for all. Android devs will now be able to create and upload a single “app bundle” and then the Play Store will take over from there—generating device-specific download files for each user who wants to install their app.
And in addition to this, App Bundle will allow developers to offer their apps in modules, so that users can decide (and download) only the parts of the app they need. The result? A better experience for users, fewer headaches for developers, and, best of all, increased downloads of your app. For a quick overview, check out this conference talk hosted by Google.

Another trend in Android development that seems to be taking hold is the “instant app.” An instant app is an Android app that users can try from the Play Store without actually downloading it to their mobile device—in other words, it’s the app equivalent of taking a car for a test drive! This “try it before you buy it” approach has its advantages, especially in an app market that’s flooded with content, leaving consumers feeling, at times, overwhelmed by their options and reluctant to download yet another app to their phone.
Instant apps solve that problem, giving your app a chance to stand out and “wow” the user enough that they decide to pull the trigger and commit to a full download. Google is trying its best to support developers who want to make their apps available as instant apps, and have some great introductions and documentation available for Android devs who want to learn more.

The Internet of Things, or IoT, is poised to change the way we go about our day-to-day lives. We all have smart phones—but that’s just the beginning. In the coming years, everything from cars to wearable devices to household appliances will “get smart”, with potentially huge benefits in terms of convenience, efficiency, and productivity.
The ability to build apps that can control and interact seamlessly with smart devices is sure to be an essential skill for the Android developer of the future. Google is, as usual, leading the way, with its “Android Things” toolkit for building smart devices. Dive into an IoT development course or listen to a conference talk to learn more.

Despite the famous volatility of Bitcoin, the high-profile security issues that cryptocurrency exchanges have faced, and the dubious value of some ICOs, the blockchain technology driving the crypto boom is the closest thing to a tech revolution since mobile itself.
Experts may differ on the long-term viability of cryptocurrencies as alternatives to traditional fiat currencies, but the applications of blockchain tech in computing go far beyond the world of finance: from decentralized decision making and smart contracts to censorship-proof publishing.
And many observers say that the full potential of this emerging trend hasn’t even come close to being realized—the best and most exciting developments are still ahead of us. With that in mind, Android developers thinking well ahead of the curve may want to begin exploring topics like Java and blockchain or read about efforts to connect major blockchain platforms like Ethereum to Android development.

Augmented Reality, or AR, is another trend in mobile app development that is, despite its popularity, still basically in its infancy. AR is a way to use the native functionality a mobile device to overlay the user’s view with some computer generated images or information.
The most instantly recognizable example would probably be from the world of mobile gaming: Pokémon Go. But as much fun as the game is, the applications of AR go way beyond catching cartoon monsters in your local Starbucks. When you consider what AR can do, it becomes clear that things like map apps, training apps for all sorts of professions, and interactive museum and city guides point to a vast potential for AR apps.
And as AR grows in popularity and usefulness over the coming years, learning how to build an AR app is going to be an essential skill for any Android dev. There are even full online courses devoted to AR app development for Android if you want to jump in and get started today. 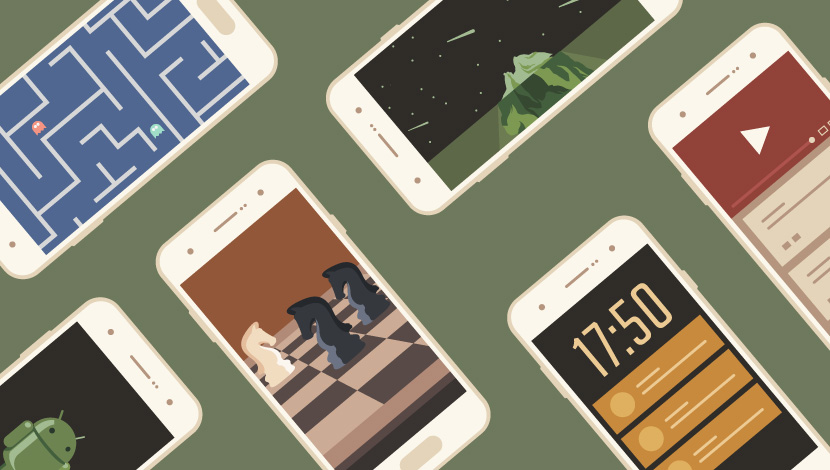 The robots are coming! The specter of artificial intelligence (AI) has haunted us for years—the subject of Hollywood blockbusters like The Matrix and Terminator and, more recently, the focus of serious government studies attempting to figure out how to keep the economy intact in the face of job losses to automation. But apocalyptic and macroeconomic fears aside, AI also has great potential to do good.
Consider the immense utility of things like instant translation apps, digital assistants, training and teaching programs as well as standard machine learning AI applications like facial recognition and landmark detection. The power of AI to transform software development in the coming years is undeniable—and Android app development is no exception to this trend.
That’s why Google has rolled out some powerful tool kits and integrations designed specifically for developers looking to harness the power of AI when building their apps. Intelligent machines are coming, whether we like it or not—so, as the old saying goes, if you can’t beat them, join them!
So that’s it—eight promising places to look if you’re trying to figure out the trajectory of Android development in the months, years and even decades to come. Change is inevitable, but savvy developers know that the best way to be ready for that change…is to be a part of it.

Think you have what it takes to become a top Android developer and to join our exclusive network of Pangara Talents?  Learn more here.