What’s the difference between front-end and back-end development?
Well, first of all, let’s define terms.
The front-end of a website is everything that users can see and interact with: the images on the page, the dropdown menus, the forms and submit buttons, the visual layout that (hopefully) automatically changes on mobile, tablet and desktop.
The back-end of a website is largely invisible to a user: the server, the web app containing all the code that makes the site “go”, and the database that stores user information and key files.
A front-end developer is someone who works on the front-end aspects of a site. And a back-end developer—you guessed it—works on the back-end.
That’s a good start, but what does a front-end dev have to know that a back-end dev doesn’t, and vice versa? What are the core skills and competencies that each role demands?
That’s what we’ll explore in this article. But instead of presenting front-end and back-end development as two totally disparate jobs, we’ll be looking at how they both require the same fundamental programming skills, applied in different ways, to achieve a single goal: a brilliantly designed site that users will love.

Both front-end and back-end devs need to be, first and foremost, extremely proficient in their respective programming languages. This means going beyond simple knowledge of the basic syntax and conventions of a language and really knowing how to use it—and how to use the tools that make development faster and more efficient.
Front-end developers will need to know HTML and CSS, which control the appearance and layout of the elements on a webpage. But they’ll also need to understand how to use them wisely.
For example, a good front-end dev will be able to create mobile responsive designs so that their page looks great on any device, which will probably mean knowing how to use CSS media queries as well as CSS frameworks like Bulma or Bootstrap. And they’ll also have to know which parts of CSS and HTML work in which browser, or on which OS, so that their designs are truly cross-platform and backward compatible (in other words, work well on anyone’s device, no matter how out-of-date it might be!).
They’ll also need to know JavaScript, which allows for in-browser interactivity and makes a webpage “come alive” for the user. But here again, it’s not just about knowing the language—a serious front-end dev will be proficient in a library like jQuery in order to speed up and standardize their use of JavaScript during the development process.
They’ll also need to know how to leverage the power of JavaScript to take responsive design to the next level—going beyond what can be accomplished with CSS alone.
Back-End developers will typically specialize in one of the major scripting languages of server-side web development: PHP, Python, Ruby, and so forth. As with front-end work, though, learning the basic elements of a language is only the beginning.
Serious back-end work means learning a framework for fast and secure development—something like CakePHP, Django, or Ruby on Rails.
And just as with front-end development, knowing the language is only half of the equation: you also have to know what to say and how to say it.
This means becoming proficient in architectural patterns like MVC (Model-View-Controller), which governs how different elements of the web app interact and separates their functions for efficient development.
And it also will mean learning a “style” or “paradigm” common to modern web development—which in most cases will be Object Oriented Programming (OOP).
And because back-end development requires database work, in addition to all of the above, the back-end dev has to become proficient in the use of SQL (Structured Query Language) and one or more of the common databases, such as MySQL, MongoDB, or PostgreSQL.

If coding web apps was easy and straightforward, everybody would do it (and web devs wouldn’t be paid nearly as much as they are!).
Alas, like most things worth doing, web development is challenging, and, at times, maddening. You code up an app or a page. You’re sure everything is in order and should work perfectly. And then…
Error.
Now the real fun begins. Debugging your code. Figuring out what went wrong—and how to make it work.
It’s an art, a science, and almost a spiritual discipline. But love it or hate it, debugging is a part of a developer’s life.
And this is truth whether you’re doing front-end or back-end work.
Front-end developers wrestle with the vagaries of HTML and CSS: Why won’t my image align? Why doesn’t this CSS property do what it should in Firefox? How come the menu looks so huge on mobile?
Chasing down these issues—and figuring out how to resolve them—is part of the pain and joy of front-end web development. But it’s also part of the learning process: each inexplicable error really does have an explanation (you just don’t know what it is yet). And once you figure it out, sometimes after an hour of banging your head on the desk, you’ll never make the same mistake again.
Back-end developers have the same problems, though they play out differently. Why didn’t my code recognize that variable I just defined a few lines above? Why isn’t Python loading my module like I told it too?
Just as with front-end development, this is where the detective work begins (and some would say, where a developer’s true education comes from).

A mind for (elegant) design

Front-end web developers are often conflated with web designers, the layout and UX specialists who create a visual mock-up of a website to hand off to the programmers. But truth be told, nowadays, a modern front-end dev really has earned the title of “developer”, because she or he is invariably going to be working with HTML, CSS, and of course, JavaScript.
But the elements of visual design and layout that make for a good user experience are still central to doing the job (or doing it well, anyway). A good front-end dev will give real thought to the layout and appearance of elements on a page, both in terms of aesthetics but also functionality.
Knowing the basics of color theory and how to pick designs that are pleasing to the eye, having a sense for which fonts work best in which scenarios, and even some basic Photoshop skills go a long way to creating a web site that users will actually want to look at.
And in terms of functional design, having a knack for deciding where to put the “order now” button or how best to arrange the header menu makes all the difference between a great user experience and a frustrating one.
Back-end developers, too, have to consider elegant design, but they aren’t as concerned with the end users as much as they are with their colleagues. Their focus will be on writing lean, efficient code that gets the job done in as few lines as possible; organizing classes and functions intelligently, such that major chunks of code can be easily reused in the future if the app needs to be expanded; and writing clean, idiomatic, well-annotated code that other developers can work with easily and quickly if they are brought in to contribute to the site.
And although the website user may never directly see a back-end developer’s work, they’ll certainly feel the effects if that developer is writing clunky, buggy, or inefficient code—and likely won’t be back to visit that site again.

A passion for safety

Sure, safety doesn’t sound sexy, but suffer through a website crash or, worse yet, security breach, and you’ll quickly find yourself more conservative than a parent with a new baby.
So last but not least, we’ll take a look at how front-end and back end devs keep their sites secure and their users safe.
Front-end devs have a crucial role to play in website security, because they’re the first line of defense against bots and malicious programs. That means protecting forms with CAPTCHAs or “honeypots” so that the bad bugs can’t exploit the inherent vulnerability of websites that allow the public to send data to the server.
And with regard to the site users (and owners), front-end developers take special care to minimize or cloak publicly available email addresses to guard against data scrapers trawling the web for people to spam.
They’ll also work with the site owners to protect sensitive areas of a website with unlisted URLs or protected pages that require a login.
Back-end developers will focus on eliminating risks from hacks and malicious attacks on the website by making sure all potential weaknesses in the website are shored up. This may mean strictly enforcing HTTPS protocols when needed; encrypted storage of sensitive information; defending against potentially dangerous code strings sent through web forms; and restricting URL access to certain users.
So in the end, whether you’re talking about front-end or back-end development, the basic skills of truly professional development always apply: master your language, debug like a champ, design beautifully, and stay safe.
Even though the way these skills are applied may differ, they’re always essential—no matter which side of the site you’re working on. 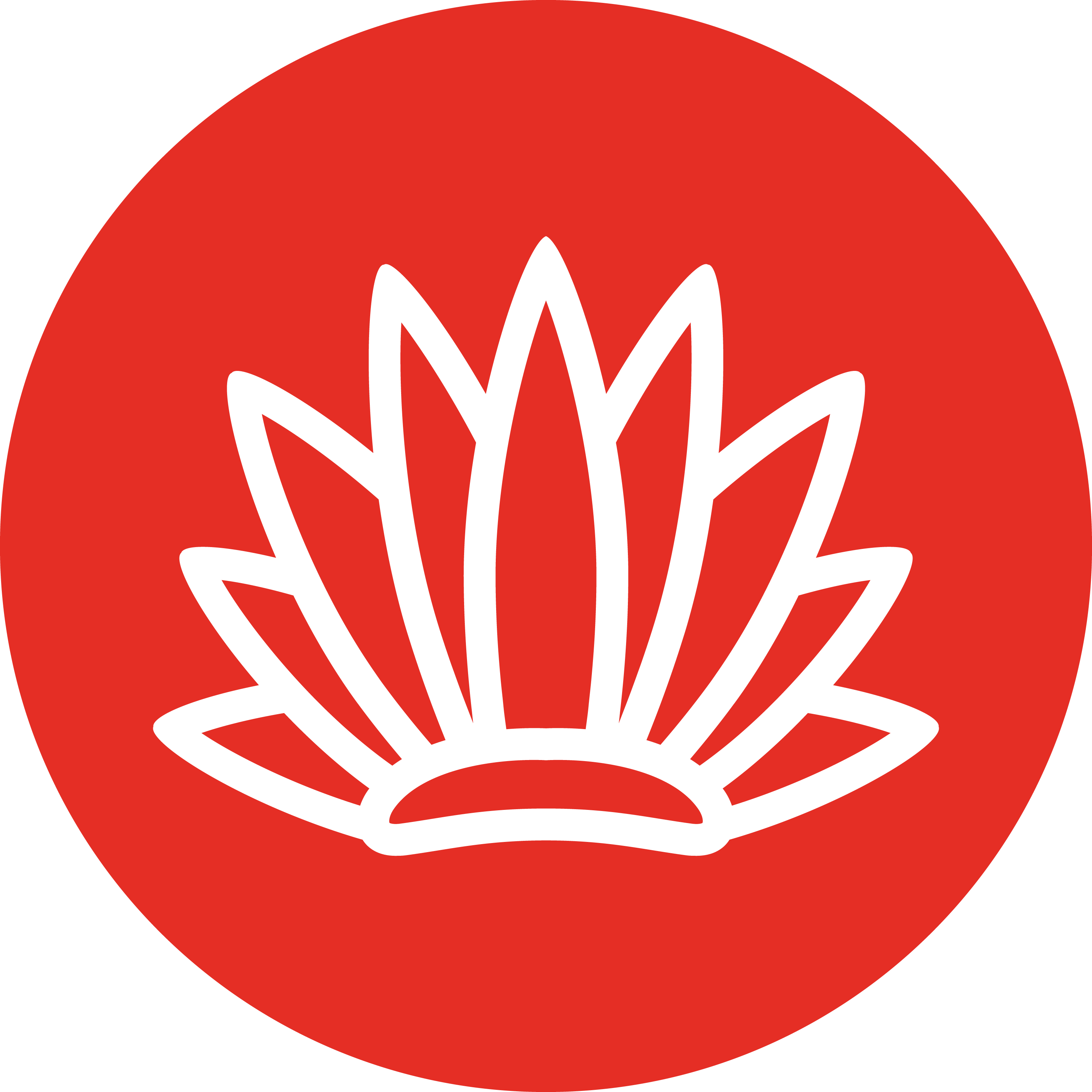 Think you have what it takes to join Pangara’s exclusive network of freelance developers? Learn more here.