9 differences between a leader and a manager

We’ve all seen hilariously inept managers in movies or on TV (The Office comes to mind). And if we’ve been truly unlucky, we’ve even run across one or two in our careers.

But of course not all managers are bad managers. And some are very talented and well-meaning people who are doing the best job they can in their circumstances.

Yet there are some fundamental differences between a manager (even a good one) and a genuine leader.

So what’s the difference? That’s what we’ll talk about in this article, identifying the 9 key differences between managers and leaders.

Managers can provide directions and give orders. If you’re lucky, they do this clearly and with feedback.

Leaders, on the other hand, strive to embody what they ask of their staff: showing the way by example.

To give one example: A manager might tell his employees to follow up with every customer (and leave it at that).

But a leader will practice what she preaches: following up on employee queries just as she asks her employees to do with customers—in other words, showing them how it’s done.

Managers and leaders have quite different approaches to training.

Managers instruct, telling employees how to do a task, step by step. They give them the requirements and let them know when they’re falling short. They may be clear and objective, but their training tends to be a bit impersonal and one-size-fits-all.

Leaders, in contrast, are more like great football coaches: they are attuned to the various strengths and weaknesses of each member of their team, and approach the teaching of new skills as a process of bringing out the potential that’s already there in an employee.

They also give encouraging and specific feedback, praising their people for what they’ve gotten right—and motivating them to do better the next time.

When something goes wrong, most managers are quick to assign blame—finding the guilty party, telling them where they messed up, and perhaps sternly warning them not to let it happen again. They’re focused on determining responsibility and preventing future problems, approaching failure with a risk-avoidance mindset.

Leaders, on the other hand, are less concerned with finding fault than with figuring out what happened. When catastrophe strikes, their first instinct is not to point fingers, but to ask questions: so that they can understand why things went wrong.

Of course they don’t want mistakes to be repeated, but they focus on the bigger picture and think of the long-term success of the enterprise—viewing failure as an opportunity to improve individual team members’ skills and create a more effective company.

Most managers are fairly conservative people. That’s not always a bad thing—but it makes them risk-averse. And when it comes to getting the job done, they’re always going to go for the tried and true. New ideas? Too dangerous, who needs them. Their mantra: “My way or the highway”.

Leaders, on the other hand, are much more willing to entertain a new way of doing things—and take a chance on a bold new idea or innovative process. They don’t shy away from risk, because they know that so many of the great ideas we now take for granted were laughed at or rejected as “impossible” when they were first proposed. Their refrain: “That’s so crazy it just might work”.

A manager positions himself or herself as an authority figure: the big boss. That can be useful when attempting to bring order to an unruly organization, or when it’s truly necessary to maintain the status quo. But it’s not always beneficial when attempting to move a company in a new direction, because teams who work under traditional managers can be afraid to “think outside the box” or act independently.

A leader is willing to delegate authority and put decision-making and real responsibility in the hands of her team. By knowing who to trust (and when), leaders empower their teams to create, innovate, and move the company in the right direction more quickly than any one person could.

Managers tend to focus on repeatable processes and reproducing success. They like predictability. They like stability. And as a result, they tend to go “by the book”. And they expect everyone else to do the same.

Leaders are disruptive forces for change in their organizations. They understand that doing things the same old way…gets the same old results. And they realize that to move a company forward requires new ways of thinking and acting. As such, they value independence and originality in their teams—and so they encourage and promote those who “think different”.

Managers, by and large, are brought on to maintain and incrementally build on someone else’s success: in a word, to manage an existing enterprise. As a result, they tend to resist change, or at the very least are quite cautious about shaking things up. A manager’s favorite saying? “If it ain’t broke, don’t fix it.”

Leaders are, by definition, passionate about showing the way forward—driven to innovate, invent, and create. They don’t just welcome change. They make it happen. The leader’s motto? “To boldly go where no one has gone before.”

Managers focus on objectives and metrics. If they’re competent and motivated, they often set the bar quite high. They let their teams know that top performance is not just encouraged, but expected—and that there will be consequences for failing to make the grade. In other words, they provide external motivation to accomplish goals.

Leaders, on the other hand, have a long-term vision for the company and a passionate sense of the organization’s mission. They don’t just want to set goals for their employees. They want to lead them to the promised land.

And they know that the best way to do this is to get their team to buy in to the mission—so that they will be inspired to give their all to something they truly believe in. They foster internal motivation so that their employees are driven to strive for and achieve great things. 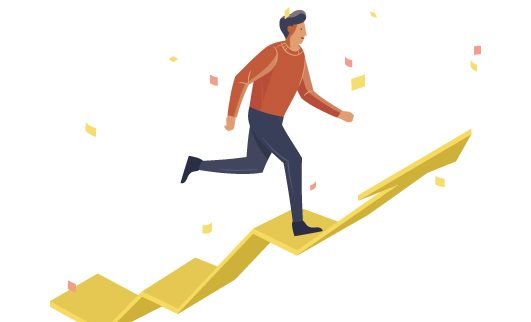 Managers are often focused on their own careers, on climbing the next rung on the management ladder and making it to the C-Suite. They’re not necessarily selfish people, but they’re definitely focused on promoting their own brand and taking credit for as many of their team’s accomplishments as they can.

Ironically, this “me first” mentality tends to create a ceiling on advancement, since it invariably runs into a simple, practical limitation: nobody can do it all on their own.

Leaders operate from a rock-solid faith in their organization’s mission—and as a result, tend to subordinate their own interests to the greater good.

They know that true greatness requires strong leadership throughout the enterprise. And they realize that their vision for the company can never be achieved by a single person giving orders to a group of blind followers.

So they do everything they can to cultivate the members of their team with leadership potential, and help them move into more senior roles where they can make an outsized impact.

By mentoring and elevating their team members, they create a talented group of new leaders around themselves, which ensures both the company’s success as well as their own promotion and advancement.

So that’s our take on the differences between managers and leaders. If you’ve read through this list and identified yourself as a leader—congratulations! We hope you’ll lead your team to great things.

But if after finishing this article you see yourself as more of a manager, and wonder how you can learn to lead, a great place to start is our article on the essential skills of a leader.

David is the co-founder and Director of Business Development at Pangara. He has an extensive background in the freelancer world and he specializes in sales management. On the weekends, David loves to experiment with new recipes in the kitchen, play racquetball and go fishing.