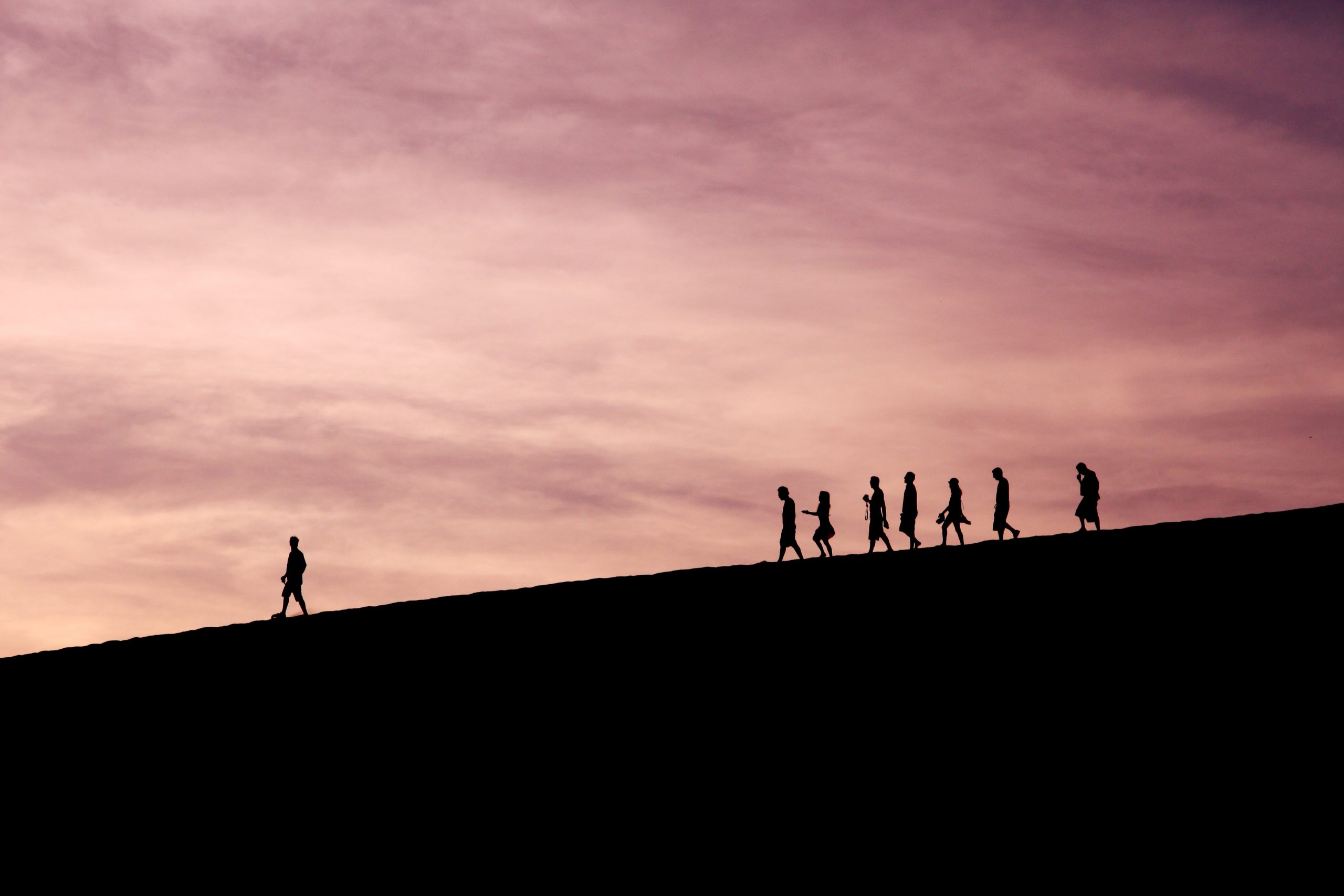 We’ve written a lot about leadership on this blog—from the differences between male and female leaders to the levels of leadership.
But sometimes it’s good to take a step back and listen to great leaders and those who study them in their own words.
Below you’ll find 10 quotes from leaders and leadership experts that will challenge you to think about what leadership really means—and hopefully inspire you to become a better leader in your own organization. 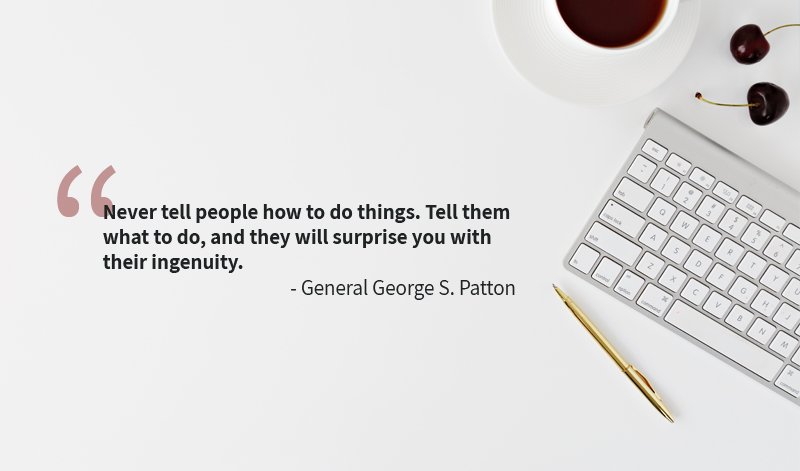 Patton was one of the most brilliant military minds of his generation, and a hero of WWII. Aggressive, demanding, and sometimes bombastic, he could be a controversial figure. But he was an unquestionably great leader—in large part because he knew the value of letting the people under his command use their own intelligence and initiative. 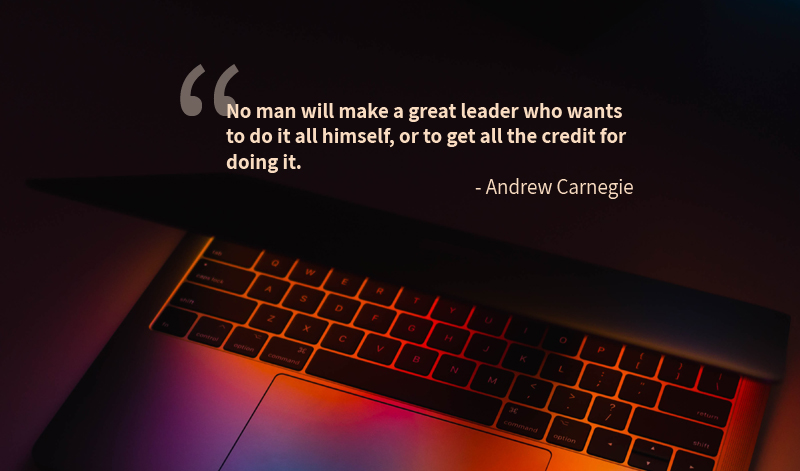 Carnegie was a brilliant businessman and a decisive leader. But he also knew how important it was to build a capable team and share the credit (and the wealth) with them. His magnanimity took the form of large-scale philanthropy toward the end of his life, when he gave away hundreds of millions of dollars to fund endowments, establish libraries, and support research and education. 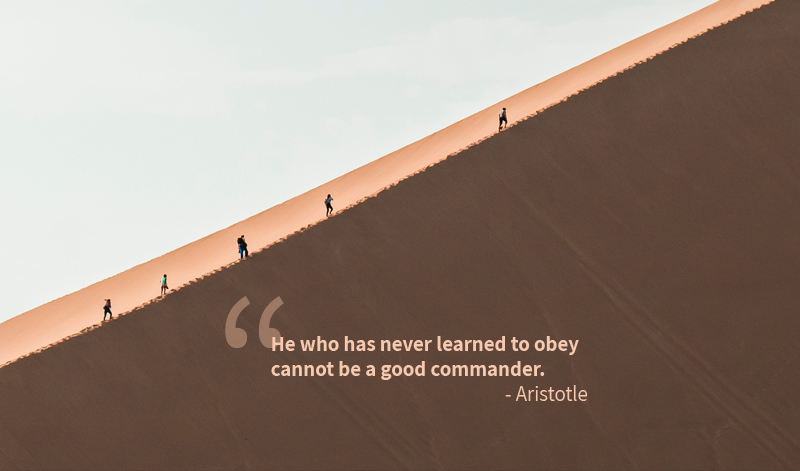 One of the most important Greek philosophers, Aristotle also had a rare chance to observe great leaders up close: he was the royal tutor to a young Alexander the Great. Aristotle knew that true leaders must first discipline themselves before taking on the mantle of leadership.
And as a teacher, Aristotle saw the importance of teaching respect and humility to the future king. This ancient lesson is still true today: a great leader must pay her dues and learn how to follow before she can lead effectively. 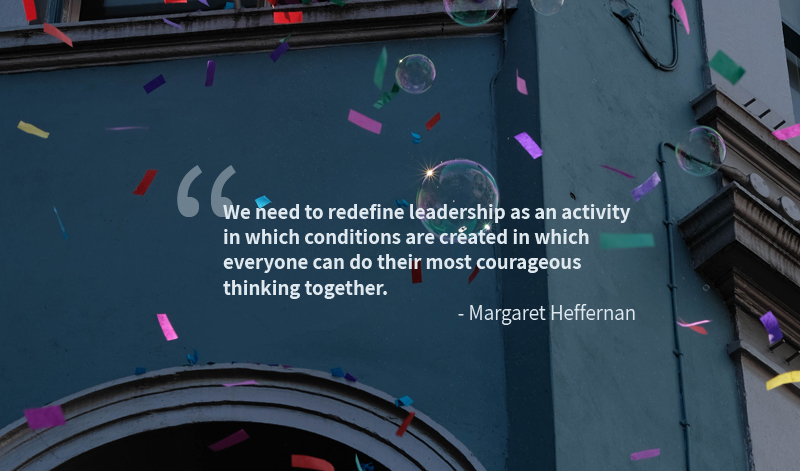 An American born leadership expert and former CEO, Heffernan now lives and lectures to MBA students in the UK. She’s studied successful leaders all around the world, and has seen how the role and definition of a leader is evolving.
Heffernan urges us to think of today’s leader as more of a facilitator than an order-giver: setting up fertile ground for bold initiatives and innovative ideas. 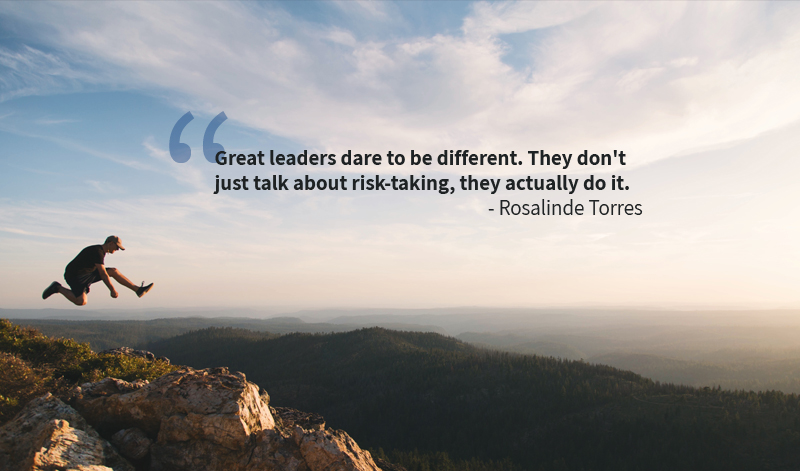 Rosalinde Torres knows leaders: she’s an expert on the subject and the senior partner of a leadership consulting group in the US. And she knows that to be a leader means, at times, sticking your neck out and putting everything on the line. When everyone else is going one way, and your gut tells you it’s the wrong way, sometimes you need to be willing to buck the trend and follow your instincts if you want to be a real leader. 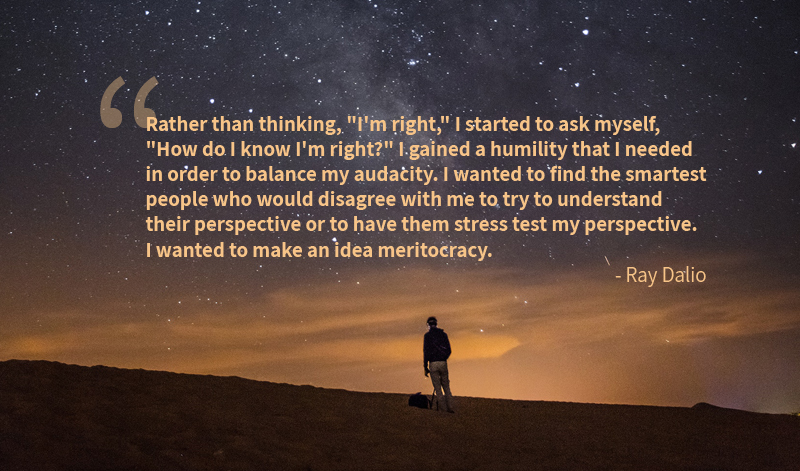 When the debt crisis of the early 80s began, Ray Dalio nearly lost everything by betting—overconfidently and incorrectly—that his controversial investment strategy would pay off. But he learned from his mistake. He discovered the wisdom of a model of leadership in which great ideas would decide the direction of a company, and where no leader’s ideas were immune from criticism or challenge.
Dalio’s “idea meritocracy” turned out to be a pretty great idea: he became a multibillionaire and founded the largest hedge fund in the world. That fund was one of the few which successfully anticipated the economic meltdown of 2008, in part because they had a culture of hearing out all ideas and scrutinizing them carefully. 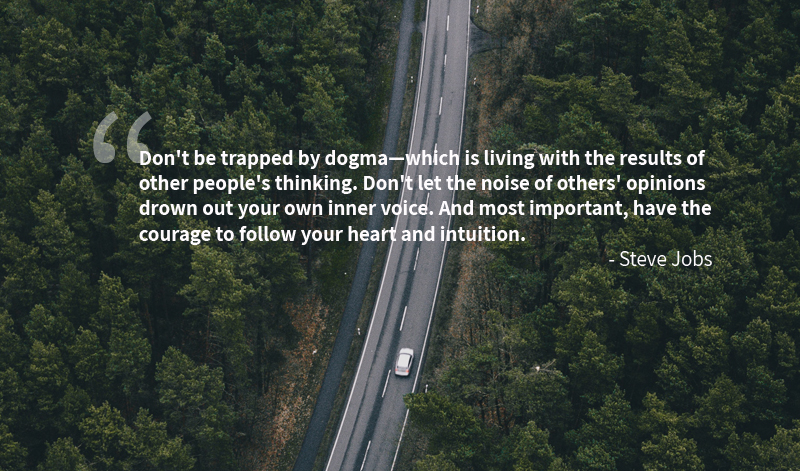 Is there anyone in the world of tech whose name is more synonymous with innovation than Steve Jobs? Throughout his life, Jobs consistently marched to the beat of a different drummer, despite the many voices telling him that his dreams were impossible or impractical. His life shows us that when a leader has a vision and refuses to accept “it can’t be done” as a limitation, then anything is possible. 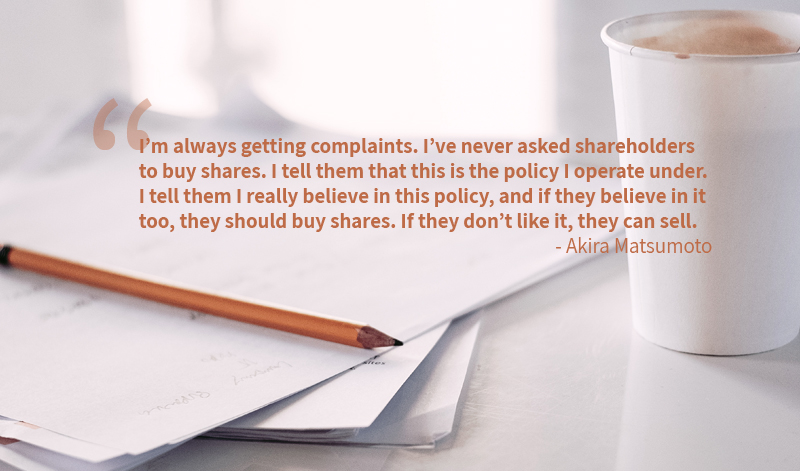 Akira Matusmoto has an unusual leadership style: he puts investors last. His stated philosophy is to put principles above all else, and put his customers, employees, and the wider community ahead of stock price. And yet this focus on quality and social responsibility has made him one of the most effective and sought-after business leaders in Japan…and has made his shareholders very wealthy, despite their complaints.
Matsumoto shows us a path for real leaders: an unwavering commitment to core principles over investor sentiment; and to their customers, teams and societies over short-term stock market gains. The result? Sustainable success for customers, companies and shareholders. 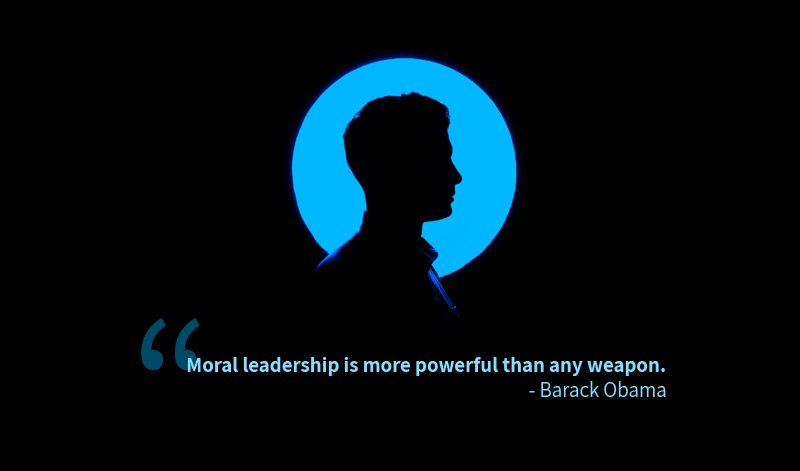 Obama believed in principled leadership. And in the quote above, he was talking about one of the great examples of such leadership: Václav Havel, the Czech political dissident who played a major role in the non-violent revolution that toppled communism in Czechoslovakia.
Obama’s tribute contains a lesson for all leaders, not just politicians. Strong ethical leadership is tremendously powerful, because it can rally people to a cause like nothing else—and allow them to change the world for the better. 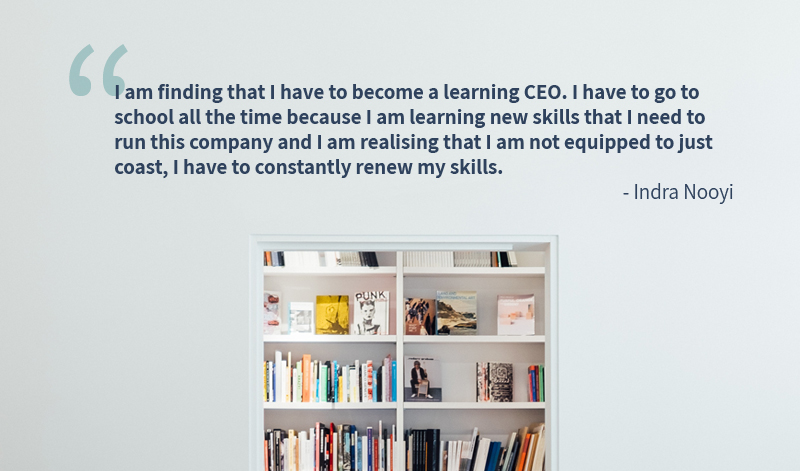 Nooyi was CEO of PepsiCo for more than a decade, and nearly doubled the company’s sales. She knows leadership. And she attributes a great part of her success to the fact that she is always willing to learn new things, and is never content to rest on her laurels.
The CEO as perpetual learner is a powerful model for leaders today. In a world that seems to change faster and faster each day, only leaders who are willing to learn will be able to keep up.

David is the co-founder and Director of Business Development at Pangara. He has an extensive background in the freelancer world and he specializes in sales management. On the weekends, David loves to experiment with new recipes in the kitchen, play racquetball and go fishing.